The Neurobiology of Autism 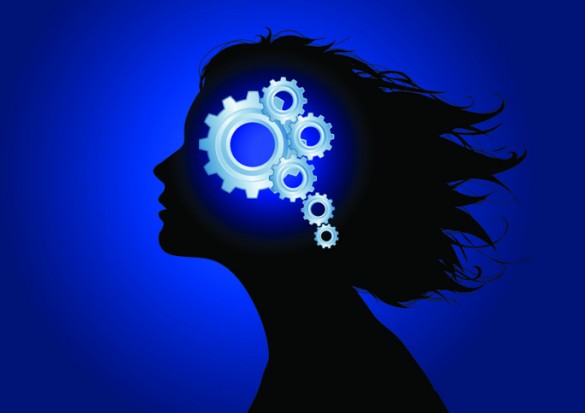 It is well known that Wilhelm Wundt is the father of experimental psychology, founding the first formal laboratory for psychological research at the University of Leipzig in 1879; in reality what was then thought as experimental psychology is a far cry from today’s definition. It is also common knowledge that modern psychotherapy was born soon after in Vienna, the work of a certain Sigmund Freud.

What is less well known is that both experimental as well as applied psychology found fertile ground for their development in the United States. In fact, after Freud’s arrival in the United States in 1911, psychoanalysis swept the field of psychiatry to the point that within a few years over 95% of American psychiatrists took up psychoanalytic training.

This monopoly on psychotherapy lasted until the late 1970’s in the United States and well into the 1980’s within European psychiatric circles. In reality, the crisis of psychoanalysis in terms of its capacity to give answers to changing social demands after the Second World War and its ability to "cure", had already begun in the 1950s, coinciding with the birth of alternative psychotherapeutic models. Amongst these, Behavioural Therapy (BT) certainly played a starring role.

Established simultaneously in several parts of the world, in part thanks to contributions from psychoanalytic therapists who were unsatisfied with their instruments of analysis and intervention, BT spread rapidly throughout Europe and rapidly established itself as one of the therapies that could provide effective solutions to the suffering patient.

50 years had passed since John B. Watson’s pioneering work on behaviourism and its applications (Watson & Rayner, 1920; Jones, 1924) before a working model of BT came to the fore. However it’s subsequent evolution took place at a far quicker pace. And the reason for this was simple: as in all models based on scientific thought, BT was open to change, assimilating and integrating ongoing research not only in psychology but also in other scientific fields, giving rise to new forms of analysis and intervention.

The first generation of BT, featuring a radical shift from the well established Psychodynamic Therapies, was soon followed by a set of "innovations", which took into account previously neglected cognitive aspects. This fusion of Behavioural and Cognitive Therapies is attributed to have given rise to the second generation of BT known as Cognitive Behavioural Therapy.

Development continues unabated and recent forms of intervention that fall under the umbrella of the third generation of Behavioural Therapies have arisen[1].

The Roots of Cognitive Behavioural Therapy

Historically, BT can be divided into three generations. The first generation is in part a rebellion against prevailing therapeutic concepts of the day (the Psychoanalytic and Humanistic approaches). Early interventions focused directly on reducing problematic manifestations of behaviour, using techniques based on well-defined and strictly validated scientific principles. An example can be made of an individual suffering from social anxiety who avoids situations in which he may be subject to judgment or criticism. The main goal of treatment would involve increasing exposure to such social situations or reducing anxiety from the stressful situations.

However BT was not insulated from events happening outside it. The "cognitive revolu­tion" in psychology took place in the 1960s, and by the 1970s many behaviour therapists influenced by it began to call their therapy "Cognitive Behaviour Therapy”. Wilson (1982) states:

During the 1950s and 1960s, the behaviour thera­pies developed within the framework of classical and operant conditioning principles that had orig­inally served importantly to distinguish behaviour therapy from other clinical approaches. Over the course of the 1970s, this conceptual commitment to conditioning theory peaked out - some would say even waned. In part this change reflected the shift to more technological considerations govern­ing the increasingly broad application of behavioural techniques that had been developed and refined during the previous period of growth. Moreover, as psychology "went cognitive" during the 1970s, cognitive concepts inevitably were drawn upon to guide and explain treatment strategies, (p. 51)

By the late 1970s it was clear that cognitive behaviour therapy was not a fad; indeed it had its own special interest group in the AABT (Association for the advancement of Behavioural Therapy). It had become a more frequent topic at conventions, in journals, and in research, and it had become more perva­sively integrated into behavioural psychotherapies. Behaviour therapy, like psychology in general, had "gone cognitive." (p. 9)

Part of this movement argued that learning research was still relevant but the research that should influence second-generation behaviour therapy was human learning research that examined cognitive mediators of learning. The argument was that conditioning in humans is not automatic and direct, but rather is mediated by the person's verbal and cognitive abilities. Awareness, attention, expectancy, attribution, and linguistic representation were constructs thought to be necessary to account for learning. The argument was that animal conditioning models were inadequate for the study of human learning because these neglected to include the unique abilities of humans such as verbal abilities. Thus, these animal conditioning models needed to be supplemented or replaced by cognitive accounts.

Therefore, the advent of cognitivism in the 1960’s brought about a paradigm shift within the field of experimental psychology. While the behavioural model had regarded cognitive processes as an epiphenomenon, a new approach appeared that considered cognitive knowledge of central importance in psychological investigation, while still maintaining an empirical view.

Cognitive therapy is thus born (Beck, Shaw, Rush & Emery, 1979; Meichenbaum, 1977; Mahoney, 1974) and with it, the second generation of BT. The concept of associative learning was abandoned leaving room for more flexible principles which took into account the role of internal experiences (thoughts and feelings) in determining human behaviour; humans are, first and foremost, thinking beings, capable of organizing their behaviour and modifying it according to circumstances (Bandura, 1969).

The study of irrational thoughts (Ellis, 1977) and cognitive schemata of mental illness (Beck, 1993) has identified how certain errors of cognition can be pervasive in certain types of patients and, for each of these, a variety of techniques are aimed at changing negative automatic thoughts. Returning to the example of the individual with social anxiety, the objectives of graded exposure in social situations, or the reduction of anxiety in relation to those same situations, are extended to include questioning the validity of the automatic thoughts related to the social situation, as well as the judgment of others.

Therefore it is the integration between the first two generations of BT that gives rise to the concept of Cognitive Behavioural Therapy, which is characterised by a form of psychotherapy aimed at modifying not only overt behaviours but also beliefs, attitudes, cognitive styles and expectations of the client (Galeazzi & Meazzini, 2004).