Anhedonia, more than a symptom of Depression? 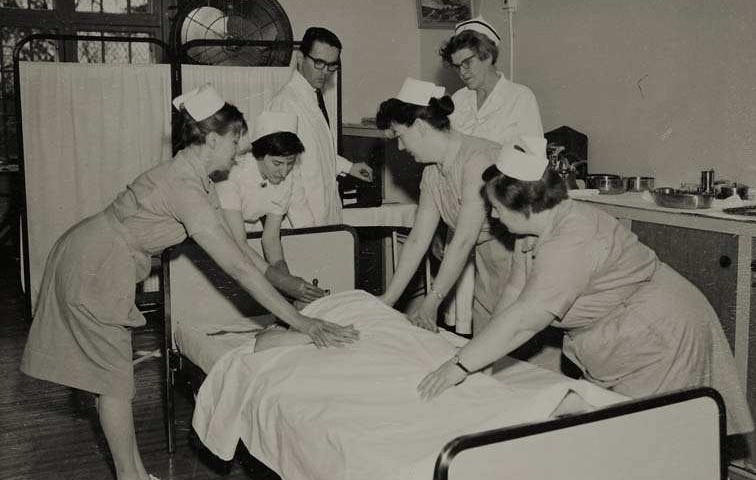 A Brief History of Electroconvulsive Therapy

Electroconvulsive Therapy (ECT), or as it was formerly called, Electroshock therapy, is one of the oldest forms of treatment in psychiatry that is still used today. The first scientifically documented therapeutic use of seizure induction dates back to the end of the 18th century, however, this practise dates back as early as the 16th century, with Paracelsus, a Swiss physician, who induced seizures by force-feeding camphor. During the 1920s, Ladislas Meduna first used an intramuscular injection of camphor in oil and subsequently an intravenous infusion of pentylenetetrazol in order to induce seizures, whilst Manfred Sakel used an intravenous infusion of insulin to induce coma and resultant seizure, since it had been noticed that schizophrenic patients who had such episodes would show an improvement in their mental state. However, insulin and other chemical substances used to induce seizures were difficult to control and the treatment was rather unpleasant for the patients, with a resultant push to find alternative seizure induction techniques. In 1937, Cerletti and Bini discovered that an electric current could be used for such a purpose, after observing how pigs were electrocuted before being slaughtered. They first practised extensively on animals before the first human trial on a vagabond schizophrenic picked up by the police from a Rome train station. Cerletti later described the treatment as “less frightening, cheaper and more convenient” when compared to other methods of inducing seizures. However, it was soon noticed that the patients who showed the greatest improvement as a result of the treatment were those suffering from depression rather than schizophrenia.

A recent systematic review (Pagnin, 2004) showed significant superiority of ECT in all comparisons: ECT versus simulated ECT, ECT versus placebo, ECT versus antidepressants in general, ECT versus Tricyclic Antidepressants and ECT versus Monoamine Oxidase Inhibitors. This confirmed the findings by the UK ECT Review Group which had found that ECT is an “effective short-term treatment for depression, and is probably more effective than drug therapy”. The consortium for Research in ECT also found a strong positive effect for ECT, with remission rates of 75% after the first two weeks of use, in patients suffering from acute depressive illness. In a recent study by Kellner et al. 200 patients diagnosed with unipolar depression, showed better remission rates after bilateral ETC when compared to the control group on Nortriptyline and Lithium.

ECT has also been shown to have positive effects in patients suffering from severe depression with psychosis, who saw a remission rate of up to 90%. However, the symptomatic remission induced by ECT appears to be short-lived (10). ECT is also effective, especially when given bilaterally, in the manic phase of Bipolar Affective Disorder (BPAD) (11; 12). However, given the good efficacy of current drug therapy, ECT is usually limited to patients with specific contraindications to pharmacological approaches or who are refractory to pharmacological treatment.

ECT has also been shown to have positive effects in patients suffering from severe depression with psychosis, who saw a remission rate of up to 90%. However, the symptomatic remission induced by ECT appears to be short-lived. ECT is also effective, especially when given bilaterally, in the manic phase of Bipolar Affective Disorder (BPAD). However, given the good efficacy of current drug therapy, ECT is usually limited to patients with specific contraindications to pharmacological approaches or who are refractory to pharmacological treatment.

In schizophrenia, ECT has been successfully used in both the acute phase, especially in patients with catatonic symptoms, as well as in chronic treatment resistant cases. ECT has been used in a number of other conditions such as Obsessive Compulsive Disorder, Postpartum Psychosis and Parkinson’s disease, with varying degrees of success.

There is no single standardised protocol for the use of ECT, with different ECT centres in various countries using different protocols, usually adjusted to suit their particular needs. However a number of Health Institutions have produced guidelines and recommendations for the safe and effective use of ECT, with the Royal College of Psychiatrists’ ECT Handbook frequently referred to in medical literature.

The treatment of ECT is carried out under brief general anaesthesia and with the use of muscle relaxants, in order to reduce patient discomfort and risks of physical complications of seizures. The Royal College of Psychiatrists recommends that Bilateral ECT in a dose 50–100% above seizure threshold should be used in clinical situations of an urgent nature such as when patients are in danger of life, secondary to dehydration, stupor or deliberate self-harm. In situations which are not life threatening, the College recommends unilateral ECT in a dose at least 200% above seizure threshold. A treatment session takes a few minutes to complete and is usually repeated twice a week. A typical course of ECT ranges from 6 to 12 sessions; termination usually depends on patient response.

Much effort has been placed into the study of the side effects from ECT, which range from mild side effects such as headache and myalgia to serious adverse effects such as bone fractures and even death. However, since the introduction of anaesthesia, the rate of serious adverse effects has been drastically reduced, from a rate of 40% in the pre-anaesthesia era to a rate of 1 in 1,000 in current practise. With respect to death, reported rates are between 3-10 per 100,000 procedures, usually as a direct complication of anaesthesia. This figure is actually slightly lower than the spontaneous death rate within the community.

One of the most contested psychiatric debates to take place over recent decades has been the risk of memory loss as a result of ECT. Memory disturbance may appear as retrograde amnesia, concerning events before the treatment, or as anterograde amnesia where the creation of new memories is affected after treatment. In the meta-analysis conducted by Semkovska and McLoughlin, it was seen that the cognitive side effects of ECT were mainly limited to the three days following completion of treatment and after fifteen days, no significant difference in cognitive ability could be found between those undergoing ECT and controls. Sackeim, one of the authorities on ECT had originally stated that there is no scientific evidence that ECT can cause structural brain damage and that there is no evidence for cognitive impairment following short or long-term administration of ECT. However, more recently, he has stated both bilateral (BL) as well as right unilateral (RU) ECT can result in persistent retrograde amnesia; this being more severe in BL ECT compared to RU ECT. These adverse cognitive effects were still detected at 6-month follow-up from the date of the acute treatment course. Sackeim’s study also shows that a number of other factors were associated with greater cognitive deficits. These include advancing age, lower premorbid intellectual function, and female gender.

On the other hand, a recent systematic review and meta-analysis investigating objective cognitive performance associated with ECT for depression, showed that: “cognitive abnormalities associated with ECT are mainly limited to the first 3 days post-treatment, with pre-treatment functioning levels subsequently recovered. Interestingly, after 15 days, processing speed, working memory, anterograde memory, and some aspects of executive function were shown to improve beyond baseline levels”