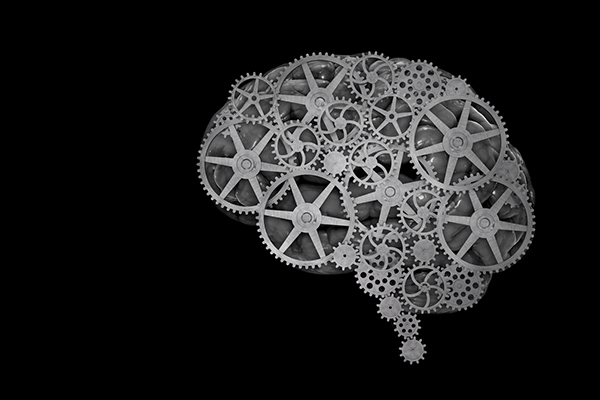 The Third Wave of CBT

The approaches of the first two generations of BT share the assumption that certain cognitions, emotions and physiological states lead to dysfunctional behaviour and, therefore, therapeutic intervention is aimed at eliminating, or at least reducing, these problematic internal events. Third wave therapies are expanding their targets from the mere reduction of symptoms to the development of skills aimed at significantly improving the quality and quantity of activity in which the patient finds value. Even with seriously ill patients, the new behavioural therapies emphasise empowerment and increase in skills and behavioural repertoires that may be used in many contexts (Hayes, 2004).

Another feature of these new treatments is to break some of the historical barriers between behaviour therapy and the somewhat less scientifically based approaches (e.g. Psychoanalysis, Gestalt therapy and Humanistic therapies) trying to integrate some of their fundamental concepts.

If, for some, the above elements suggest the emergence of a new wave within the field of CBT, for others (e.g. Leahy, 2008; Hofmann, 2008) it is neither a paradigm shift, nor do the therapies have features that confer any greater clinical efficacy. Whilst standard CBT meets the criteria of Empirically Supported Therapies (ESTs) - that is, therapies that have been proven effective through randomized controlled trials - for a wide variety of psychological disorders (Butler, 2006), currently we cannot say the same for the approaches seen in third-generation therapies (Öst, 2008).w

Strong supporting evidence that Acceptance and Commitment Therapy (ACT), one of the most studied third wave approaches, is more effective than Cognitive Therapy is for the most part lacking and, when present, is derived from studies that have severe limitations such as a small sample size or the use of non-clinical samples (Forman, 2007). So the doubt remains whether the third generation therapies actually represent a "new" wave in CBT. Keeping this is mind; it may be interesting to reflect on commonalities and differences between the third generation and the previous two generations.

The first generation’s exposure techniques were one of the most effective tools in the arsenal of CBT. Even though the underlying mechanism for this has yet to be fully understood (Steketee, 2002; Rachman, 1991), the rationale behind exposure techniques are reminiscent of the extinction processes of avoidance responses through the activation of habituation processes to the stimulus, with a progressive reduction and eventual disappearance of the physiological and behavioural reactions associated with them so that the patient learns to cope with the emotions triggered by the feared situations without resorting to avoidance behaviours.

Since experiential avoidance is a central target in third wave approaches, exposure therapy is undoubtedly still widely used; However, although third generation approaches can be similar to those of the previous generations, in terms of exposure techniques, the rational and objectives are different. Patients, in fact, are helped to identify what really matters in their lives and to engage in actions that are in line with these aims and values. It is inevitable that such techniques may elicit unpleasant thoughts, emotions and physiological sensations, resulting in the impulse to avoid the experiential event. Therefore, third generation approaches are intended to reduce the avoidance behaviour and increase the patient’s behavioural repertoire, however not necessarily extinguishing the internal responses (even though the process of extinction may well take place), but accepting them for what are without going against them.

The role attributed to life experiences in helping to create the content of thoughts is a similar concept in both second and third generations, but then there are radical differences with respect to the importance attributed to thought content in the creation and maintenance of psychological disturbances. Starting with the assumption that a stimulus can affect the emotions of a patient only as a consequence of how that emotion is processed and interpreted by his cognitive system, cognitive therapies aim to bring about a change in the patient through the correction of the content of his dysfunctional thoughts; in contrast, third wave therapies state that an excessive focus on the content of thoughts may contribute to worsening of symptoms. Leahy (2008) criticizes this position, citing the amount of empirical research supporting the greater efficacy of cognitive psychotherapy when compared to any other therapeutic approach. On the other hand, while reflecting on the new elements of the third generation, Leahy (2008) admits that the techniques which bring about distancing from ones thoughts through acceptance and mindfulness do not differ significantly from the process of critical thinking, which is the technique used in the cognitive approach.

In conclusion, standard cognitive therapy, which aims to modify the content of thoughts, may hinder the patient’s acceptance of internal experiences; the solution to which has been proposed through the methods and approaches of the third wave. These approaches put forward the idea of changing the patient’s relationship with their own internal events, a process that can be integrated into standard CBT (Hayes, 1999, and Segal, 2002).

Thirty years ago the cognitive behavioural approach to therapy was limited to the treatment of major depressive disorder and a very limited treatment for some anxiety disorders. Most practitioners at that time viewed this approach as rather simplistic, but admittedly effective for a small range of problems. The ‘deeper’ and more ‘challenging’ cases would be the focus for ‘depth’ therapies of various kinds. Although those ‘depth’ therapies provided little evidence of any effectiveness, they were seen as addressing the ‘real underlying problems’.

Psychotherapy has come a long way since then. As we have seen above, the cognitive behavioural approach to therapy provides an effective treatment modality for the full range of psychiatric disorders. This approach empowers the clinician to provide effective treatment for depression, generalised anxiety, panic disorder, obsessive-compulsive disorder, social anxiety disorder, PTSD, bipolar disorder, schizophrenia, eating disorders, body dysmorphic disorder, couples problems and family therapy issues. Indeed, where medication is part of the treatment approach, CBT increases medication compliance, resulting in a better outcome for patients with severe mental illness. The emergence of case conceptualisation, and schematic models of personality disorder, has provided the clinician with the tools to help patients with longstanding, apparently intractable personality disorders.

Although psychodynamic theorists may still argue that CBT does not address the deeper issues, cognitive behaviour therapists argue that CBT does deal with the deeper issues - only, it is done more rapidly and more effectively. New research that indicates that CBT can be effective with patients suffering from borderline personality disorder illustrates the power of case conceptualisation within a structured proactive approach. Moreover, the treatment approaches of CBT are not simply derived from clinical lore and convenient anecdotes. Each structured treatment modality is supported by significant empirical research demonstrating its effectiveness.